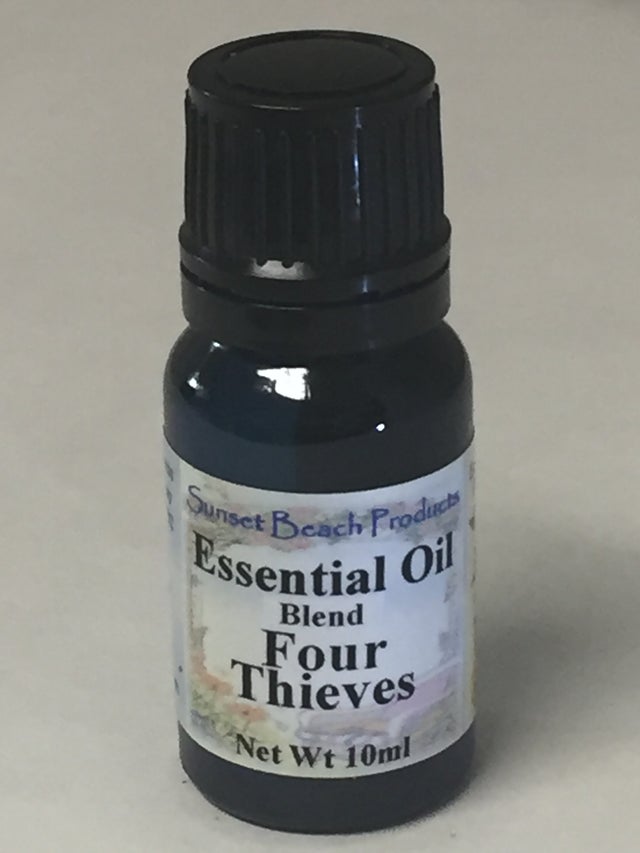 This blend presents has a strong, herbaceous aroma with spices of cinnamon and clove adding to it with a hint of citrus. The elements in this blend contain incredibly therapeutic, and natural disinfecting and cleansing properties.

This blend assists to make possible a healthy immune system, is useful in cleaning the air in the home by diffusion, and strengthen feelings of calm and comfort by adding it to a diffuser or personal aroma inhaler. You can even kick it up a notch around the home by adding it other natural cleaning products to help purify counters, sinks, and others surfaces in the home.

SO the story goes… Four Thieves is a combination of 5 essential oils known for their antibacterial and antiseptic qualities that dates back to the Black Plague era.

Black Death, also known as the Pestilence and the Plague, was the most fatal PANDEMIC recorded in human history, resulting in the deaths of up to 75–200 million people in Eurasia and North Africa, peaking in Europe from 1347 to 1351.

SO, the FOUR THIEVES blend came about when they’d combined the 5 ingredients together in their respirator which resembled a crows beak (breathing apparatus) a primitive form of today’s PPE’s, they broke into the quarantined houses and pillaged without getting sick.

The essential oils used in the Four Thieves blend are lemon, eucalyptus, rosemary, cinnamon and clove.